Hello football fans. After much deliberation (and some prodding from his wife) your favorite radio host, Jerry Murtaugh, has decided it’s time to get rid of his football memorabilia that he has collected over the years. The items that Jerry is selling includes:

-2 original pieces of artwork depicting Dick Butkus and signed by Butkus. These pieces of artwork are one of a kind drawings (not replica’s) that were drawn by Jerry’s sister, who is a professional artist. $475.00 each.Â

-A special edition Notre Dame football (only 300 made) autographed by Heisman trophy winner and NFL Hall of Famer Paul Hornung. $225.00

-A special Heisman Trophy football signed by 11 Heisman Trophy winners including John Cappalletti, Steve Owens, Eric Crouch, Paul Hornung and Johnny Rodgers. This ball was given to Jerry by his teammate from the 1970 National Championship team, Johnny Rodgers. $400.00.
-A Limited Edition Mick Tinglehoff print autographed by Mick Tinglehoff and numbered 28/1000 by artistMIchael Mellett and includes a Fine Art Certificate & Specification of Print. $500.00

-A Special Edition Nebraska Cornhusker footballcommemorating their 5 National Championships that includes autographs fromTomOsborne, Johnny Rodgers, Eric Crouch, Jerry Murtaugh, and many, many others. $500.00.

-Jerry also has a couple of authentic full sized autographed Nebraska Cornhusker helmets. and some framed posters that are pictured on the website for sale. You may e-mail Jerry atÂ jmurt42@hotmail.comÂ for pricing.

*All autographs were obtained by Jerry Murtaugh himself with the exception of Boomer Esiason which was obtained through Dave Rimington and the Heisman Trophy football with those autographs being obtained by Johnny Rodgers. If you are interested in any of these items or wish to make Jerry an offer or have any questions about the items that are pictured, please contact Jerry Murtaugh atÂ jmurt42@hotmail.com. The prices on the helmets are for the helmets only. If you are interested in the display cases, those will be an additional $75.00. 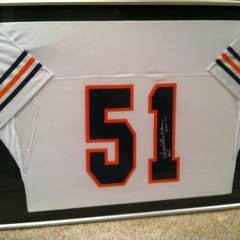 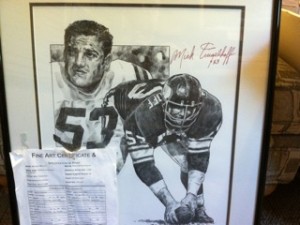 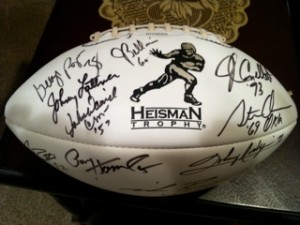 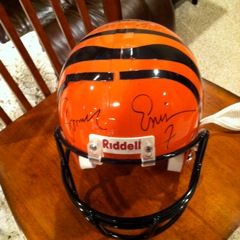 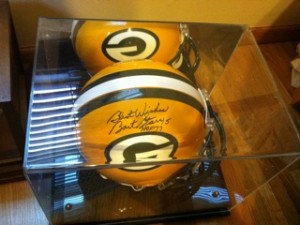 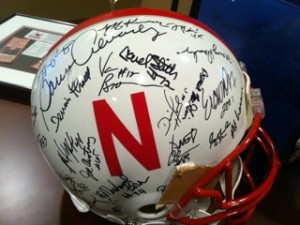 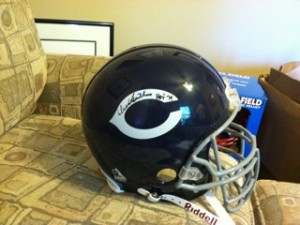